Many developed economies are facing huge debt burden ralated to financial crisis and to aging population. The first factor is related to falling tax revenues amid slow growth and to large public spending related to saving the bankrupt banking sector. But this is peanuts compared to the second factor. The second factor is related to the fact that old generation will have pensions financed by the young generation in the form of much higher taxes or financed by massive increase state borrowing, ie. huge budget deficits. For example as estimated by the European Commission the replacement rate (ration of pension to last wage) in many countries is high and cannot be sustained in the future. Five highest in Europe are:  Greece (73%), Italy (68%), France (63%), Spain (58%)  and Poland (56%). Very few countries implemented pension reforms that take aging into account. For example in Poland budget financed pensions will fall to below 30% replacement rate in 2060. It yields stable public finances at the cost of falling living standards of the old generation. It remains to be see whether such low replacement rate is politically sustainable. 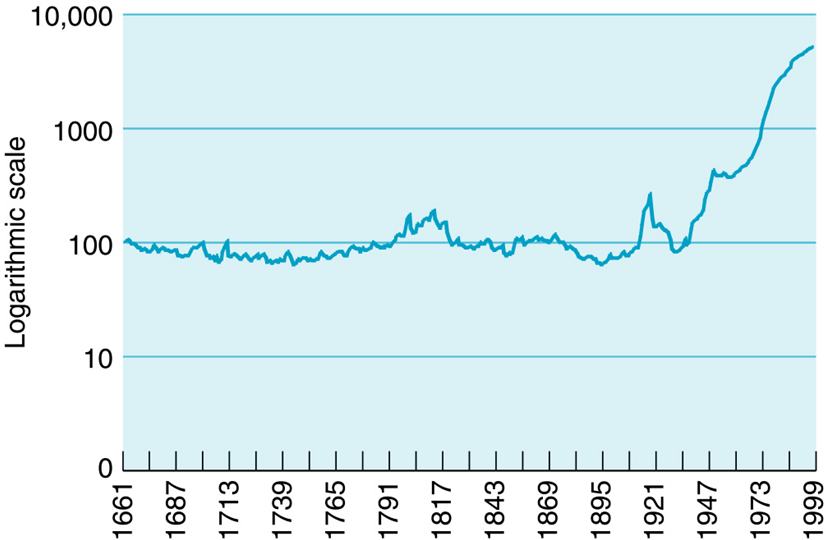 However many countries did very little to address the aging impact on the public finances. For example average public debt in the EU will rise to 150% of GDP in 2030 and to almost 500% of GDP in 2060 assuming unchanged policies. It is clearly unsustainable and will happen. So what are the alternative scenarios. The preferred scenario is reforms. Government around Europe come to Poland to learn how wee managed to reform our pension system in 1999 and repeat these reforms at home. But it is politically difficult. The alternative scenario is that no much will be done. And when the next decade begins, public debt will skyrocket. Young generation will face large tax increases to reduce balooning fiscal deficits. But young generation will have some tools to defend themselves. One obvious tool is to engineer large inflation, which will significantly reduce old generation pensions in real terms and restore balance in the public finances. You can see first signs of this process already emerging, IMF chief economist

proposed to raise inflation target of central banks around the world from 2% to 4%. While inflation is likely to remain low in 2010 amid large nagative output gap (current global GDP well below the potential output) it will surely rise in the coming years and decades. And it will not be a purely economic process, it will be a strategic choice of young generation to punish old generation for creating excessive debt.

The longest inflation data is available for the Great Britain (see chart above presenting the price level data). It went up massively after world abandoned the gold (or bimetalic) standard in the 20th century. When we reproduce the same chart in 2050, price level index will be muuuuuch higher and the previous 50 years will have looked like a period of very stable prices.

And finally. Many developed economies which run large deficits and face huge aging costs will be at risk of defaulting in the coming years. High inflation is a form of soft default. I would recommend that rating agencies refine their rating models by adding the risk of inflation-default into their formal rating assessment.