The crisis of 2008 is a global one, the whole world is affected. In such case one should use a closed economy intellectual framework to understand what can happen going forward. Exchange rates do not matter (we do not trade with Mars yet). Protectionism matters because it impedes effective allocation of resources  in times when some some resources become scarse (capital). Panics and manias (like the recent one about Eastern Europe) matter because it may lead to domino effect and make matters worse. But all these factors are of second order of importance, the most important is global public intervention aimed at increasing demand (fiscal expansion and polices to ensure credit growth). In a closed economy fiscal policy should be effective, there are no Marsian exporters that will benefit from higher demand on Earth, so rising Earth fiscal deficit (lower taxes and higher public spending) should in principle work.  Markets and the private sector would benefit from lower taxes and higher public spending, growth will return and debt will be paid back. Right? Wrong!!!

During emotional political debate we tend to forget about basic economics, Ricardian equivalence (RE). I am aware of the long discussion whether RE makes sense or not, see here. RE states that it makes no difference whether govenrment finances spending with taxes (no deficit) of with bonds (higher deficit), beacuse citizens will anticipate that higher debt will be paid by higher taxes in the future. So they prepare for tougher times ahead and increase savings today, so the net effect on demand is nil.

I am not going to debate RE, dozens of heavyweight  economists have already done it, with limited success. But in today’s circumstances the RE intellectual framework should be particularly useful: 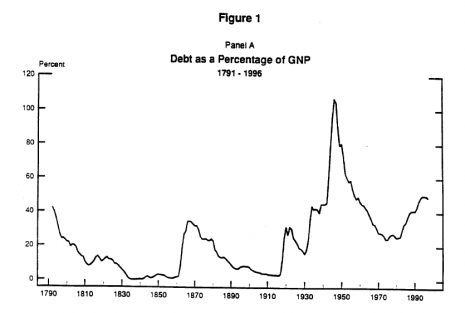 Households will expect that a huge global debt mountain will be created, with implicit health and pensions debt adding to it. So the only rational expectations that can be formed are those that taxes have to rise big time in the future (so today they will save, not spend) or that inflation will be crated to erode the value of debt (so demand for public debt should fall, people will buy inflation linkers or gold).

There is another possibility. Earth governments hope that they can run a global government debt Ponzi scheme. People accepted such large debt levels only during wars, now they are expected to accept huge debt level during peaceful times. It may work for some time, but Ponzi games always end with panics and crashes. We should remember this.

I know that nobody wants to listen to economic theory in the middle of the crisis, but when I look at global bailout and stimulus plan I can’t stop thinking about the day the crisis dust settles. I hope that when crisis clouds go away and skies become clear, the first moment we will experience the day after will not be a Minsky moment.