Before reading the report I read media releases and I have found, in LA Times for example that the content of the report was edited by politicians who wanted to water down the conclusions.

Quote, “Thus, some nations lobbied for last-minute changes to the dire predictions. Negotiations led to deleting some timelines for events, as well as some forecasts on how many people would be affected on each continent as global temperatures rose. An earlier draft, for example, specified that water would become increasingly scarce for up to a billion people in Asia if temperatures rose 3.6 degrees Fahrenheit — a point that previous studies have said is likely to be reached by 2100. A table outlining how various levels of carbon dioxide emissions corresponded to increasing temperatures and their effects was also removed. The actions were seen by critics as an attempt to ease the pressure on industrialized nations to reduce their emissions of carbon dioxide and other greenhouse gases that are gradually warming the planet. Several scientists vowed afterward that they would never participate in the process again because of the interference. “Once is enough,” said Walsh, who was not present during the negotiations in Brussels but was kept abreast of developments with a steady stream of e-mails from colleagues. “I was receiving hourly reports that grew increasingly frustrated.””

But even with such editing report paints a very bleak future.

” Many millions more people are projected to be flooded every year due to sea-level rise by the 2080s. Those densely-populated and low-lying areas where adaptive capacity is relatively low, and which already face other challenges such as tropical storms or local coastal subsidence, are especially at risk. The numbers affected will be largest in the mega-deltas of Asia and Africa while small islands are especially vulnerable.

In Southern Europe, climate change is projected to worsen conditions (high temperatures and drought) in a region already vulnerable to climate variability, and to reduce water availability, hydropower potential, summer tourism, and in general, crop productivity. It is also projected to increase health risks due to heat waves and the frequency of wildfires.

In Central and Eastern Europe, summer precipitation is projected to decrease, causing higher water stress. Health risks due to heat waves are projected to increase. Forest productivity is expected to decline and the frequency of peatland fires to increase.

In Northern Europe, climate change is initially projected to bring mixed effects, including some benefits such as reduced demand for heating, increased crop yields and increased forest growth. However, as climate change continues, its negative impacts (including more frequent winter floods, endangered ecosystems and increasing ground instability) are likely to outweigh its benefits. 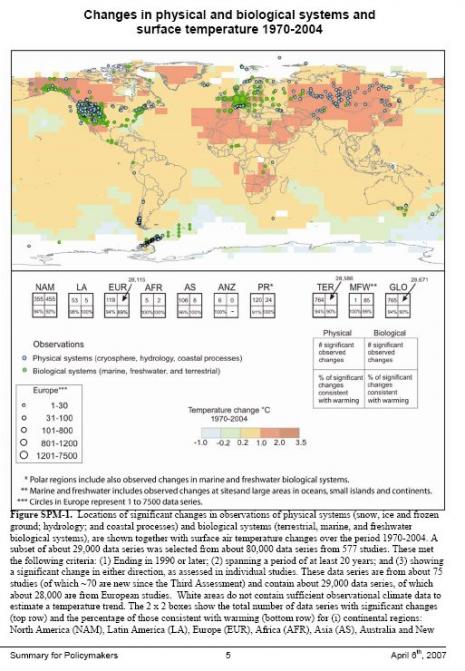 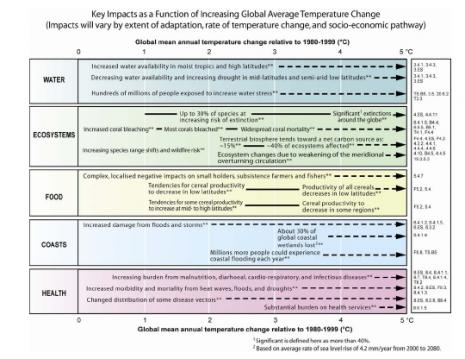 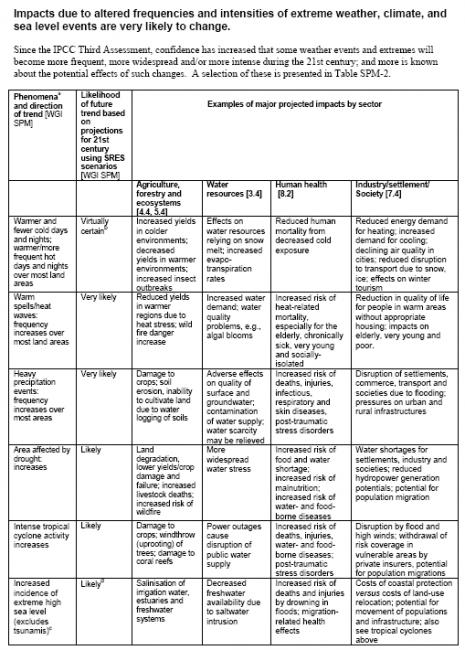