Those of you who managed large institution know that change management is daily life. External environment changes rapidly and institution needs to adjust, re-optimize resources, re-think its vision and strategic goals. I see the same happening on the macro scale, but we are talking global economy here and the management team is scattered around the globe with no clear, commonly shared vision.

Let me give examples of news that have been coming recently: 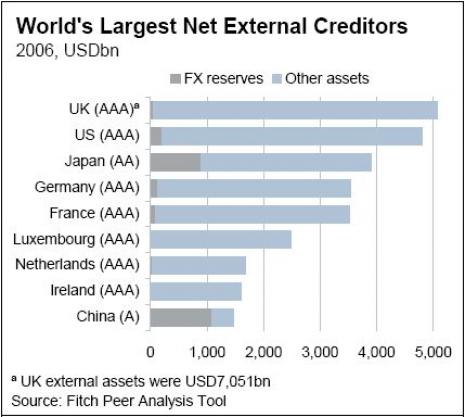 All that is happening while the global economy still enjoys robust growth, after five years of continued strong global growth. Has globalization changed the world so much that business cycles became rare species. Or, possibly the average length of the cycle will be longer, if this is the case, will it apply to all phases?

I have probably written about 5 percent of issues that I have been thinking lately. These are immense changes, often unprecedented. So we do not know what lies ahead, those with XX-century crystal balls and black cats are helpless as well. The only sensible apporach is to prepare for change, with big C, and resort to change management when things begin to happen. And they are happening already, to see this you need to put your XXI century glasses on. I do not know what scenario will materialize in the next few years. I know that it will happen much faster then we predict and the scale will be much bigger, and I mean the shift of power from US/Europe to Asia. I also think economists who do only macro work get the story wrong. Global optimization of business processes and emergence of global labor and knowledge pool made global economy much more resilient than before. So even when things begin to get nasty, we have very strong and efficient shock absorbers, which will help to avoid black scenarios.

And by the way. If US remains in a protectionist mood, I keep wondering in what parts of the world China will make its shopping with reported US300bn allocated to equity investment – listed stocks, private equity, hedge funds mandates etc. (if one takes into account from whom China is learning to invest). Or maybe people who note that central bank money cannot be traced as it gets lost in London, will have an even bigger puzzle to solve in the coming quarters and years. Finally, in the long run real returns in various parts of the globe should be correlated with potential output rates. If you agree then you should also agree that potential output in Asia will grow much faster than elsewhere in the coming years. Interesting …